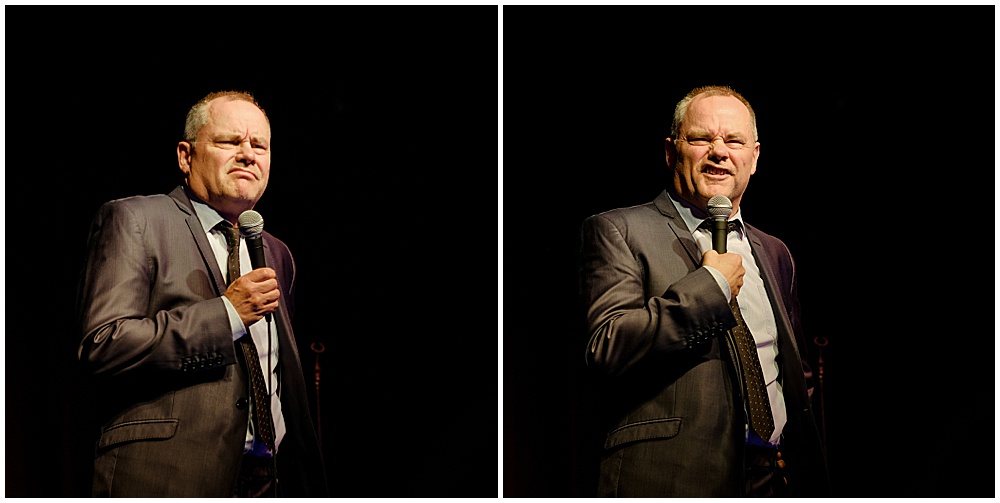 “I never knew it was possible to be so miserable in so many ways.”, Amie Kaufman once wrote. She could have done worse than to consult Jack Dee. In a major coup for Gap Comedy, Dee spent near two hours on Wednesday evening gamely cutting new swathes through fields of cynicism, pessimism and gloominess to a packed Goring Hall.

It has been a few years away from stand up for Dee and the first half meanders at times as he searches for right words with which to frame his invective. The material, though, is well pitched – from the absurdity of the Abel and Cole business model to the fantasy of safe drinking limits (The cautioned two glasses of wine a day, he admits, would actually see him well on the way to recovery).

The second half is when he really cranks through the gears and has the volume and fizz in the village hall at boisterous levels. Given his experience across such a variety of TV shows over the past 20 years, it’s not surprising that some of his best material is speculating which presenters/ shows he would most like to avoid in his ‘anti bucket list’ – Paul Hollywood the ‘disgraced hypnotist’ and ‘off duty tanning salon manager’ and Louis Theroux, a ‘weird owl who has somehow made it into your home’. A Place in the Sun, incidentally, is bottom (top?) of the list – the risk of a dithering, ungrateful couple opting not to go for one of Dee’s hypothetical options being too much to bear.

Dee inhabits the role of the misanthrope so completely: waspish snarl, deadpan delivery and a sullen, sulky posture that the performance becomes a joy. In the hands of a lesser comic, such griping could make for a tough evening – but there is plenty of sparkle and confidence here. Dee’s timing and control of the audience is superb – pauses after particularly fatalistic statements, quickfire wordplay at other times and entertaining live critique of his own material as he jotted down feedback on stage. The performance was gilded at the end with a fantastic Ramones-cum-Dylan style ode to Paracetamol (this is comedy, he reminds us – not rock and roll). 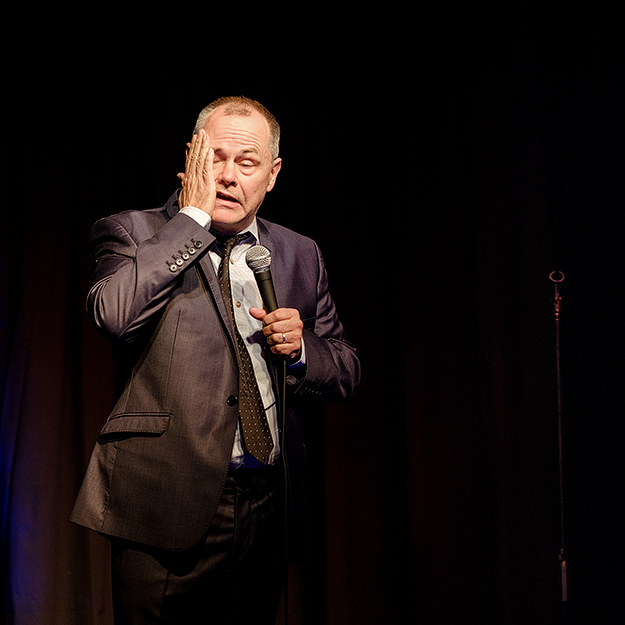 Securing a comedy heavyweight of Dee’s calibre was the clearest example yet of Gap Comedy’s rising stature and the evening ran without a hitch. He’s ‘not played in many badminton courts’, he tells us, and there was something particularly special about seeing one of British comedy’s very top names in such a familiar venue, with gin and tonics served at the interval by ‘three pensioners’ (!). If, as Dee suggested, trips away from the Apollo and towards Goring village hall are an indication of a career ‘decelerating faster than expected’, we’re all for it. Who knew such unrelenting grimness could be such a laugh? 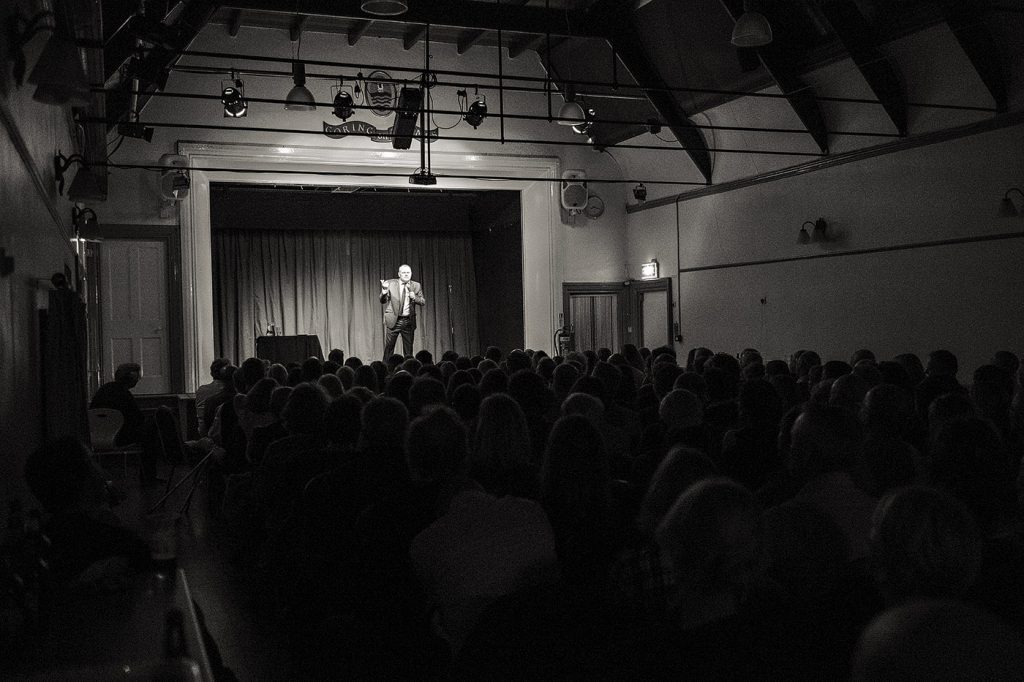