“I’m delighted”, Andy Parsons announced as he came on stage to open his set at Gap Comedy, “Tonight I have completed my ‘Big 3’ – Playing the Hammersmith Apollo, the O2 Arena and now, finally, the Goring Village Hall!” 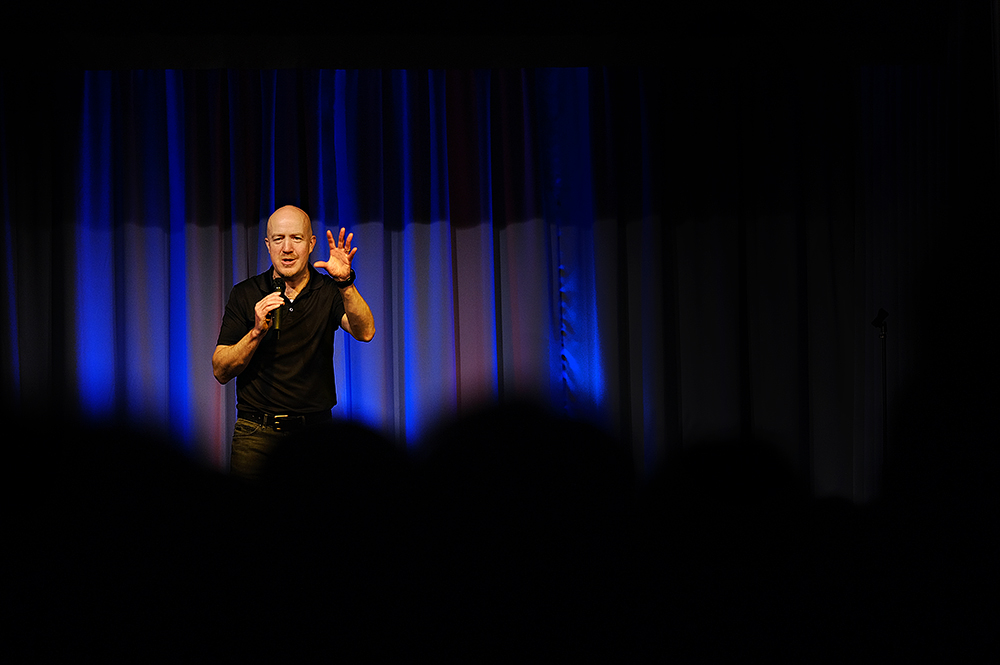 With his quickfire delivery he then proceeded to tear into a demolition of the qualities of our current crop of politicians, on both sides of the spectrum.  Andy was not in the mood for taking prisoners. He had reached the middle of his mammoth 70 date tour entitled ‘Healing the Nation’. Due to the December 2019 General Election, he had had to significantly redraft his set.  He lamented that if our politicians were running other countries we would find this hilarious but, as they are in charge of the UK, we just shrug our shoulders – and find it funny too. Political satire can be a risky business in the hands of a less experienced comedian but this was all delivered with panache and a warm charm that ensured the whole audience was won over.

He then moved on to more philosophical material, commenting on how those in their twenties are care-free and happy, travelling the world and drinking with abandon until, as they grow older, they are dragged down with responsibilities of work, children and looking after elderly parents.  The ray of sunshine was that in later life (which he was yet to get to) you emerge from the mire, with the kids and parental care gone you can return to happiness – travel the world and drink again! – an observation that was well targeted considering the audience demographic

Parsons continued apace to cover a diverse range of topics from the apparently pointless badger culls to pandemonium that drones cause over Gatwick airport – admitting that he had lost his son’s present of a drone in the back garden of his home in London, wondering if he was the unwitting culprit. 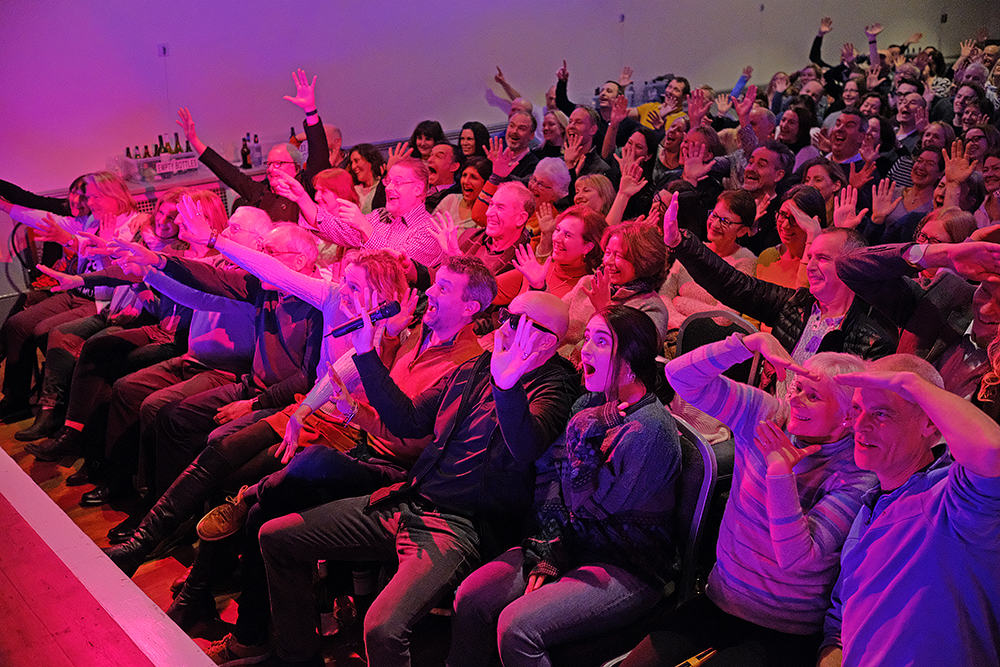 Impressed with a copy of the Goring Gap News he had been given backstage, he was amused that a ‘Sunset over Cleeve’ photo should merit the front page.  He decided to close his show recreating the sunset effect and with the stage lights toned down to a pinky hue and took a selfie with the audience in the background. “this should compete for the front cover next month!”