With chaotic news headlines, the threat of looming restrictions and a tricky Christmas approaching it was a delightful reprieve to spend two hours in the company of Lucy Porter on a chilly December iteration of Gap Comedy

Performing her show ‘Be Prepared’, Porter looked tailor-made from the start for the ‘charming, posh (Waitrose, or at an absolute stretch Sainsbury’s ‘Taste the Difference’)’ audience who, at least, managed to ‘make her feel comparatively young again’ and had a lovely evening despite the masks and event trepidation. 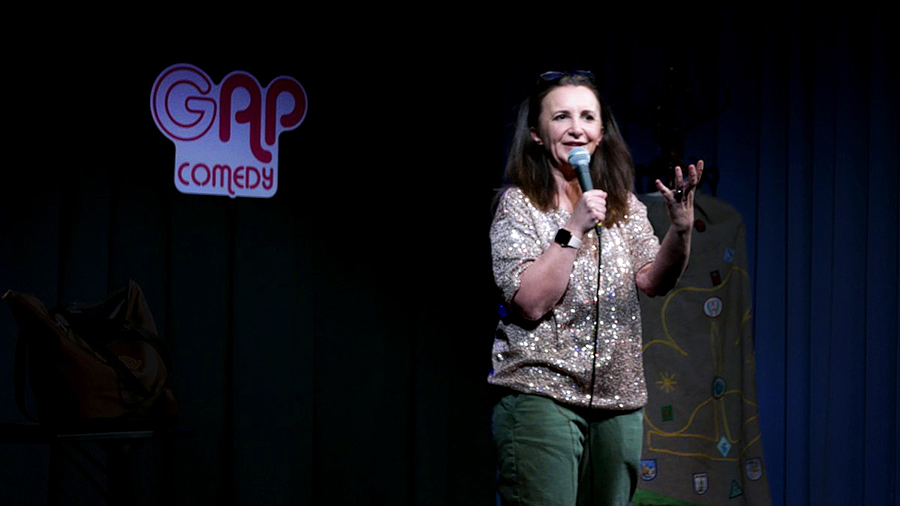 Endearingly self-effacing, Porter’s love letter to the Brownies – that had such a significant influence on her childhood – largely reflected on their aim to create capable, competent adults and her own shortcomings in that department. Whatever her challenges with itinerant washing machines and dragging the kids off Minecraft (‘It sounds like Hitler’s difficult second book’!), there’s no doubt that Porter has crafted herself into a delightfully warm and sparkly comedian. Reflections on suburban, middle-aged life are familiar fare but such is Porter’s charisma that time flew and the audience was eating out of her hand (though more likely her popular wafer biscuits than the unloved nuts and seeds in her handbag). Engaging throughout, Porter handed out self-fashioned ‘Adult Brownie Badges’ (for ‘Remembering the bin day’ to ‘Switching energy supplier’) and joshed with a few select old/ young/ posh/ otherwise members of the audience in a set full of charm and affable wit.

It wasn’t all sunshine – Porter’s age driven cynicism showed in frustrations with friends or, as she then corrected, ‘other mums from school’, chronic age-driven pain and a performance- long feud with Bear Grylls (a ‘hedge fund manager who lives in a hedge’) which culminated in a fourth wall breaking pep talk from the silver-spooned survivalist over the PA system.

After removing the child’s knickers from her head, the Wotsits from her nose and the duck whistle from her mouth (you had to be there!) Porter finished with a proposal for a non-violent coup to replace those in charge with a troop of Brownies who ‘couldn’t possibly do a worse job and would at the very least ensure each pensioner has a cup of tea, whether they wanted one or not!’. Knots and 10p pieces may not have played the crucial roles in her life she expected as a Brownie but her celebrated cheerfulness and perception have made her a joyful comic. Sheila, her late Brown Owl, would surely have been looking down proudly from the great Brownie hut in the sky.

The next Gap Comedy Show is Seann Walsh, 18th February 2022